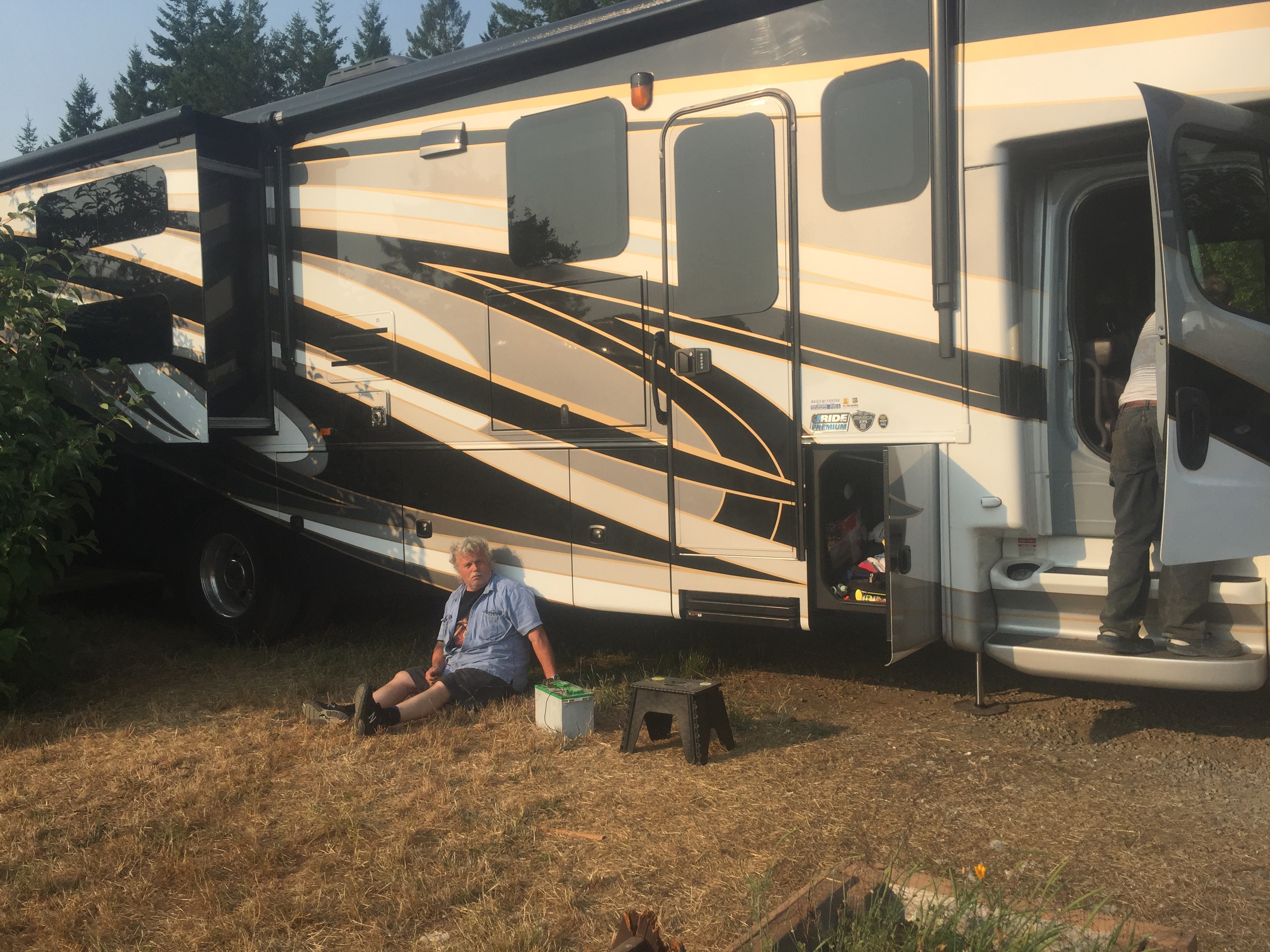 On day two, the 7th of August, the largest group of my family arrived. My uncle Teddy  traveled with a 39′ all the way to my front door! In it he brought another uncle, Brett, and my auntie Joyce.

My cousin Timmy who has been helping me from Day 1, had planned his whole family’s vacation around this project. He hitched up the Uhaul, and settled in for a long journey with his 2 daughters from Minnesota, hauling the trailer full of goods. They planned and did meet up with the RV gang along the way, arriving at the same time. Tim’s wife Amy and their son flew out later, and you’ll see that arrival in another blog.

They did a rough and tough detour through the beautiful mountains of hwy 36. By the time they got here, everybody’s nerves were shot! Good thing we had each other and the peaceful mountain to forget about all that. When they arrived that day, my uncle Brian and his wife Renete of 50 yrs were already up on the hill, along with my cousin Simone and her son. Brian jr, my cousin Gen, and her husband came out in support later too. It was a non stop family fun (and work) time, till the last minute!