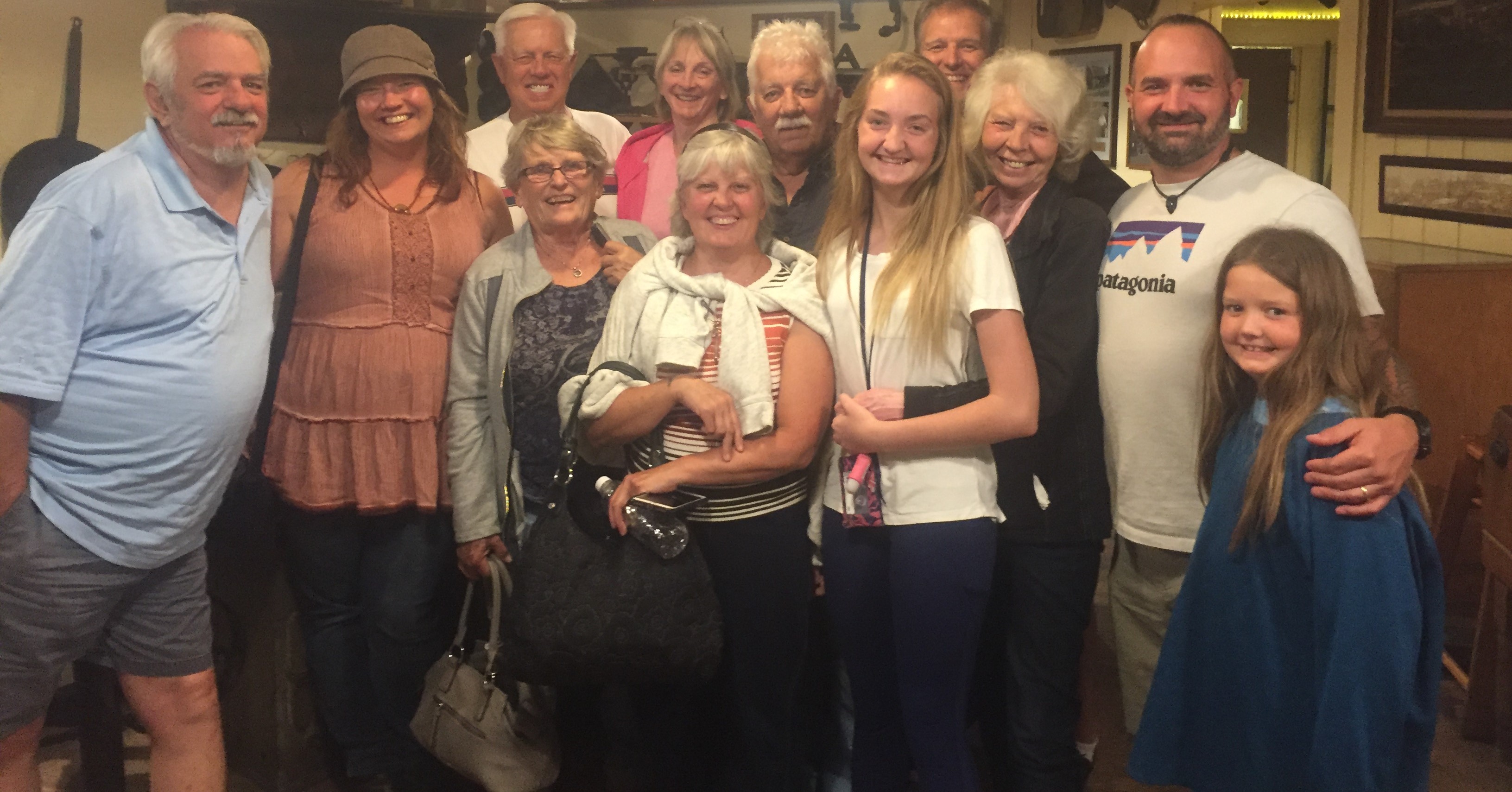 This day we started from scratch with the trailer. William used the bobcat to level the trailer ground as best he could. Getting the trailer level was pretty time consuming, and another thing we were hoping to have done before everyone came, but it just could not happen. It was this day we knew we needed to purchase and install some jacks to help make the trailer even more stable. We spent $200 and got 6 jacks a couple weeks later. The back end of the trailer is about 2-3′ off the ground, the front only about 1′. Thankfully the smaller jacks came in a pair for about the same as the larger jacks~$45

That night the family enjoyed company with one another. It was great to have dinner at the old Samoa Cookhouse with relatives in from all over. My uncle Brian and wife Renete (San Diego) their son Brian jr (North Carolina) daughter Simone and son Kane (Eureka) my auntie Joyce (Chicago) uncle Teddy (Chicago) uncle Brett (Chicago) uncle Darrell and wife Donna (Idaho) my cousin Tim and daughters Caitlin & Kira (Minnesota)!

While it was a great feast, we were anticipating the arrival of Tim’s wife and son and my sister-who was supposed to fly all the way into Humboldt county but got held up in San Fran. As fate and divine intervention would have it, my husband was in town to see the Cubbies play the Giants, (yes he ditched us all and our tiny house project for the CUBS!) and he was going to be driving  Tim’s wife & son up the next day anyway. So it all worked out, my sister actually ended up having a blast of coarse. She got to go down to the “Cruz” visit with William’s brothers Matt & Paul, and cousin Perry, and even got to check out the boardwalk a little too. The next day Amy and Devon would fly into San Fran, and they would altogether do the 5 hour drive north into the redwood curtain.

Once the trailer got back into place my family got right on it insulated the floor real good.